Over the course of this five part series, I’ve been talking at length about homophones in Japanese, how they came to be so numerous and strategies to avoid them. But all of these points have skirted the most important and fundamental question of all, which is, does it even really matter?

Even though Japanese does in fact have numerous homophones, are they in all actuality as big of a nuisance as people make them out to be? Do homophones truly get in the way of comprehension, or is this a non-issue that was created in the minds of overzealous second language learners? Lastly, and perhaps most importantly of all, are Kanji truly necessary for reading comprehension?

My humble opinion is no, kanji are not strictly necessary for Japanese. To be clear, I’m not advocating for the abolition of kanji in Japanese writing. I like kanji. They are artistic, culturally significant and are in no doubt a useful reading aid. However, just because they are useful, does not mean they are indispensable from a purely linguistic perspective. In most cases, context and native-speaker intuition alone can be sufficient.

There are numerous examples from history that back up this claim. Kanji-less texts have appeared in various contexts aimed at disparate audiences. But before delving deep into each of these examples, I want to offer a little test to those readers who understand Japanese.

Here is an example of a passage in romanized Japanese, taken from J. Marshall Unger’s book, Literacy and Script Reform In Occupation Japan: Reading Between the Lines:

If you are proficient in Japanese, chances are you could understand that passage with little to no trouble. However, If you’re in doubt and want to verify your comprehension, click on the link above.

The point of that little exercise was to pull back the veil slightly. Here we have a random sentence of average difficulty about an arbitrary topic with no context, and yet it is still perfectly understandable. As Unger says in his book, “there is nothing exceptional or contrived about this sentence.” So in what other contexts are texts without kanji understandable?

The first and most inconspicuous example is Japanese Braille.  Braille in Japan is known as 点字 (Tenji), meaning dot characters and is an abugida based on kana alone. Every Tenji character has a vowel base (a i u e or o) and an optionally appended consonant. The key takeaway from this is that kanji are not needed. Blind Japanese people are just as educated and know just as much vocabulary as sighted Japanese people, meaning that if a purely phonetic script works for them, it should in principle work for everybody else too.

Another example of purely phonetic script was Japanese text used on computers and telegrams up until the late 80s and in some cases even the early 90s. Before the introduction of multibyte characters, it was impossible to input kanji on computers, and so it was necessary to write all text in either Hiragana or Katakana. These kana only texts were also occasionally written with spaces to aid readability.

Electric, kana-only text ran the gamut from entertainment such as video games, to official documents, like the telegrams used by the Japanese military during WWII. Considering the stakes, it would have been imperative for all military communication to be as understandable as possible. If kana texts were as unreadable as is often claimed, this would never have worked.

Quick test, can you read the Japanese in these screenshots? 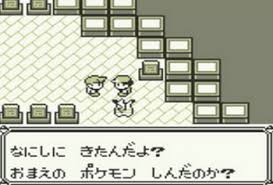 That was pretty simple. Don’t let the medium fool you however. Just because these are “children’s games”, does not mean the Japanese used is “dumbed down.” Children have an enormous vocabulary and have a strong grasp of their language’s grammar.

There are numerous other instances of kana only or mostly kana text throughout history. I won’t go into too much detail here for the sake of brevity, but I would like to mention one such example, which is the original copy of The Tale of Genji, written by Lady Murasaki Shikibu in the 11th Century. Back then, women (who were high class and noble) were expected to write mostly or entirely in Hiragana, which back then was called Onnade, meaning women’s hand. Despite being written in Hiragana, Genji went on to become one of the most famous works in all of Japanese literature.

In the end, Japanese is just a language like any other. Although it has many features that are unique from an English point of view, in the grand scheme of things there is nothing that makes it harder to learn or understand for native speakers, excessive homophones or not. It is important to remember that writing is simply a technology used to encode language, and there are many different  ways to go about it for any given language. There is nothing inherit to Japanese, from a purely linguistic analysis, that requires the use of kanji to represent it.

If you’ve managed to stick through all five entries of this series then I’m probably preaching to the choir by now. However, before putting this topic to rest, I’d like to leave you with one more challenge. For those of you at home in Japanese, how much of the this text can you understand? Let me know in the comments what you think.